Tenerife (Island Council of Tenerife) , through Canalink, and Google have signed on 23 May 2019 an agreement by which the island corporation will participate in the development of a submarine telecommunications cable that the company promotes between Lisbon and South Africa, project valued at about 600 millions of dollars.

In addition, the firm opens the door to Google can create a face-to-face network in Tenerife through the ITER datacenter (Institute of Renewable Energies) – is reserved ground – and work from there in improving speed and traffic of data, in order to increase the attractiveness of the island for the installation of companies operating with Africa.


The president of the Cabildo, Carlos Alonso, responsible for the development of the submarine cable network of Google for Southern Europe and Africa, Chris George, the director of ITER, Manuel Cendagorta and the CEO of Canalink, participated in the signing of the memorandum. , José Manuel Cendagorta.

The project, which will be carried out in two or three years and in which the Cabildo will participate together with African partners – there are open contacts with five countries -, provides that the new submarine cable has a connection with Tenerife.

“It is a very powerful cable and with a lot of capacity, and we would have, of the eight fibers, two, for our use and for the partners in Africa that we are looking for”, commented the director of ITER, who has stressed that this agreement puts Tenerife “on the map of telecommunications.”

Chris George has indicated that Google “is a good opportunity” to connect with Tenerife because it will improve its services on the island and in Africa, where it is completing its terrestrial network, a continent “with great potential for the future”.

Alonso commented that the agreement “is important” because it continues with the work carried out by the Cabildo to improve connectivity and be able to provide services to companies that operate with Africa and make the datacenter “more attractive”, apart from that it will mean a reduction in costs for the companies.

“Tenerife is a very attractive site for interconnection and ICT services,” he said.

In similar terms, José Manuel Cendagorta has stated that he has indicated that the objective is to promote a “fast and cheap” connectivity that allows companies to place them on “equal opportunities” with others that operate in Madrid or Paris. 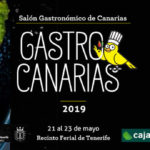 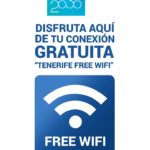