The number of users increased by 7% during the 2017 year in the Tenerife bus lines that connect the municipalities of the North with the metropolitan area, through the TF-5 highway.

Transportes Interurbanos de Tenerife (Titsa), dependent company of the Cabildo de Tenerife, registered in 2017 record data in the long distance lines of the North of the Island, which run from the capital to Buenavista by the motorway (TF-5). These services accounted for a total of 2,847,807 passengers, which represents an increase of 7% compared to last year.


According to Titsa, “the data endorse the measures adopted both by the Cabildo de Tenerife and by the company to improve the public transport of the inhabitants of the north of the island and thus contribute to decongest traffic on the Northern Highway.”

The manager of Titsa, Jacobo Kalitovics, points out that for the first time all long-haul routes in the north grow, accounting for 8% of the total number of passengers in the company in 2017, “which shows that citizens are betting on public transport to move and end the queues on the island’s tracks. ”

In addition, the transport company will start this year a new study of mobility in the North region of the island with the aim of continuing to improve the connectivity of the northern municipalities with each other and the displacements of its inhabitants, enhancing and adapting the county services and long travel to the demand of users or creating new lines, if necessary.

In 2017, 101, which links the Santa Cruz de Tenerife interchange with Puerto de la Cruz along the main highway, was the most used long-haul route in the North, accounting for a total of 1,035,771 passengers (+1.8 %). This vertebral line and provides a very important service especially to the inhabitants of Tacoronte, El Sauzal, La Matanza, La Victoria, Santa Ursula and La Orotava. 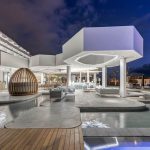 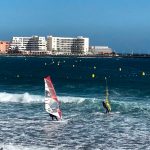