The Town Hall of Granadilla de Abona and the Cabildo de Tenerife will undertake the improvement of the pedestrian path of San Blas in Los Abrigos, Tenerife. The local administration has already approved the agreement with the insular corporation for the execution of the works of the project ‘Adequacy of Pedestrian Trails for the Connection of San Blas Beach with Los Abrigos and the San Miguel de Abona Marine Walk, total of 795,256, 88 euros.


The mayor, José Domingo Regalado, explains that this action has already been approved; “A work demanded for years by the population of the zone and of great relevance and tourist and social interest for the fishing enclave of Los Abrigos”. From the City Hall, says the local president, “we will allocate for this, an economic item of 119,258.53 euros, and the rest will be borne by the Cabildo, distributed between annuities from 2017 and 2018.

The action, included in the program ‘Tenerife and El Mar’ and in the strategic framework of insular development (MEDI-FDCAN), will allow the enhancement of natural and coastal values ​​and facilitate access and use of the coast.

Regalado argues that this corner of the coast, which links Los Abrigos with the adjacent municipality of San Miguel de Abona, “needs a comprehensive conditioning and rehabilitation that will endow it with the safety and landscape guarantees it deserves. It is a place very traveled by locals and tourists in general, reason why the object that is pursued is to put into value the special characteristics of this part of our coast and to increase its attractiveness “. 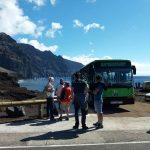 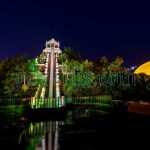