The users of Titsa and Metropolitano de Tenerife will count with numerous advantages like discounts, agility in the shipment, and to recover the balance, among others
The Tenerife Cabildo, as part of the project to modernize the means of access to public transport, today presented [Monday 17] tenmás, the new Transport Card of Tenerife, based on the contactless technology  that will replace the current ones transport bonds from January 2018.


The president of the Cabildo, Carlos Alonso, said that “this is the first step towards a new ticketing system with which it intends to simplify the current system of transport tickets to travel on the Island. In this regard, said that it is Of a new way of life since it has been planned that `tenmás’ will evolve towards a multipurpose use, functioning as a citizen card for the payment or access of different services managed by the Cabildo, such as museums, sports centers, libraries, etc. “.

The name chosen for the new card, ‘tenmás’, summarizes the advantages and better conditions of access to the service that travelers will have, which can travel with a single card throughout the island, faster access to the bus or tram, and recharge On the web, in addition, the usual outlets. The new cards can be registered or personalized with the name of its owner, which will allow you to access discounts and bonuses, consult and recharge the balance, or recover it in case of loss of the card.

Alonso explained that, from May to September, a pilot test of the new payment method will be carried out with a group of volunteers to assess and correct the operation of lines and transhipments, both in the urban and interurban areas. The card can be recharged as many times as necessary both online and in information and sales offices of Titsa and Metropolitano de Tenerife, tobacconists, and vending machines of the tram, and others of Titsa that will be located in places of interest.

All information relating to the holder will be stored securely, so that, in case of loss, the new payment system allows to recover the balance of the lost card, provided that it has been properly registered and customized the card, Which contributes to increasing security and avoiding fraud in its use.

From the point of view of the operators, the information provided by the “tenmás” card will allow a better understanding of the origin and destination of the clients’ trips, which will result in a better knowledge of the needs of the service and a better adaptation of the service. Offer thereof. In addition, it will provide greater system reliability and access to information, together with a greater capacity to develop discounts and promotions policies tailored to different customer segments.

During the months of April and May 2017, Titsa and Metropolitano de Tenerife are going to launch a campaign in their main channels of online communication to find volunteers, among the usual customers of public transport, who want to be pioneers in the use of this new card . The objective is to test the ‘tenmás‘ card to assess and correct the operation of lines and transhipments, both in the urban and inter-urban areas. The pilot test will be operational until September, when the new payment system will be implemented in a generalized way.

The “tenmás” card, as means of payment of transport of Tenerife, is launched with the same titles (bonds), that is to say, 15 euros, 25 euros, monthly payments, etc., and must be validated by approaching the validating machine going up and down the bus, or just getting on the tram.

The cards will be available from September 2017 in any of the tobacconists and points of sale, as well as in the tram and other machines located in strategic points of sale.

From that date until its definitive implementation in all vehicles of Titsa transport and in the tram in January 2018, the card ‘tenmás’ will coexist with the magnetic bond.

During the first month of next year, a campaign will be launched to inform users about the permanent abandonment of the magnetic bond and the use of the contactless card exclusively.

The ‘tenmás‘ card, similar in appearance to a bank card allows its indefinite use, without recharge limit. It can be customized, with your request, with the name and photograph of the user.

The vending machines on the tram will issue tickets on an occasional card, a reduced version of the card designed for not-so-usual users, which can only be reloaded a limited number of times, and will not have the same advantages as the ‘tenmás’ .

Tenerife airports traffic in the Q1 2017 representing a growth of 4.7% 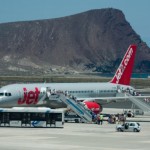 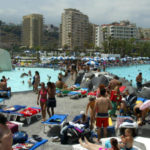