The closure of the Tenerife ring of telecommunications of El Tanque and Santiago del Teide have broadband connections. The objective of the Island Corporation is that fiber optics reach all the municipalities of the island.

The Cabildo has already begun the preliminary work of the second phase of the Tenerife ring of telecommunications to be carried out on a 57-kilometer stretch between La Laguna and Santiago del Teide. In this way, the closure of this ring will be completed, which will allow the improvement of communications in this area of ​​the island through the optical fiber.


The Cabildo president, Carlos Alonso, emphasizes that the most important of this action is its impact on citizenship, since when it is underway “a better service will be provided at a lower price”, while “it will favor a data connection High speed fluid and efficient “. Alonso explains that “the backbone network will improve some of the services currently provided by the Cabildo, such as road surveillance, through the installation of cameras, or the connection between the various centers that the corporation has in the neighborhood, It is more efficient and economical. ”
To be a reality, the Cabildo has arranged five million euros in the budgets of this year 2017 so that, once this infrastructure is completed, fiber optic reaches the 31 municipalities of the island. This would be the third phase and the forecast is that it can be ready throughout 2018.

The previous works of this second phase, which have already begun through the insular area of ​​Roads, focus on the inspection of existing services such as lifting lids or georadar works on the banks of the shoulder of the TF-5, TF-82 and TF-42. These will conclude at the end of April and will be then when the machines start to work. The intention is that the work can be completed this year. This second phase has an investment of 2.2 million and will be in charge of Dragados and Construcciones. The works will consist of micro-trenches on the side of the freeway and on the main road.

The Minister of Innovation, Antonio García Marichal, explains that once the installation of the fiber optic ring is completed, Tenerife will be the best communication and connectivity network in the whole Archipelago. This ring ends at the “data center” of Granadilla and the Cabildo also has a cable that connects the island with the peninsula.

The closure of the insular ring of telecommunications in the north of the island will also serve to ensure that urban centers without broadband connections have access to them. The second phase will complete the ring of telecommunications, passing through La Laguna, Tacoronte, El Sauzal, La Matanza, La Victoria, Santa Ursula, La Orotava, Puerto de la Cruz, Los Realejos, San Juan de la Rambla, La Guancha, Garachico, El Tanque and Santiago del Teide. The first phase, which took place between Adeje and La Laguna, is already in operation. 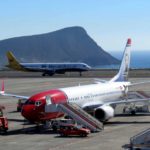 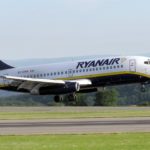