The property, located in the park of Barranco de Santos, under the Galcerán bridge, allow witness and stable the most important festival of the city, one of Spain declared of International Tourist Interest spread.

Local, of 1,052 square meters, will enable and enhance all the elements that make it unique qualities to chicharrero carnival with two aspects of public service vehicle for promoting tourism in Santa Cruz.

With a budget amounting to 327,862.32 euros, includes a permanent exhibition, a multipurpose room that facilitates temporary exhibitions and presentations of all kinds, a documentation center and research heritage carnival, and a coffee shop.

Jose Manuel Bermudez said the good progress of the works allow you to have this completed space coinciding with the next Carnival, “and pay more than a debt he had with the party, despite the complexity of display in a space bounded greatness of the event most important popular Santa Cruz “.

He also stressed that “in the near future” the possibility of increasing the space is contemplated, using the 9,000 meters available solar as a whole, even with a second floor.

“It will be the home of all the carnival,” he added Bermudez, for whom this project a “major dimension” to the Carnival of Santa Cruz, “the only party in Canary declared of international tourist interest” is given.

For his part, Councillor for Infrastructure, José Alberto Diaz Estebanez, noted “with great satisfaction” that this work has been planned, tendered and implemented this year, and that gives use existing facilities.

“It will be a source of pride for Santa Cruz and goes to show that the reality of good municipal management is imposed on the facts, since it can be open, as scheduled, to round off this next carnival,” he said.

In this sense, the mayor of Fiestas, Gladis de Leon, praised as “proud” that soon may have running this multipurpose space, “to teach authentic treasures that chicharreras families have even kept in their homes, showing visitors that in this city the carnival lives and he feels the twelve months of the year. ”

Alfonso Cabello, Councillor for Economic Development, said it is a “product” that can increase the diffusion and income generated by the party, “and to pique the interest of potential visitors who roam the museum, for example, the summer months”.

“We anticipate redesign the tour tourist buses so you can start wider in the vicinity of the street from the ferris wheel and surrounding visit,” said Cabello, who said that they are working on the management model with a plan viability, under development by the Society of Development.

According to the project currently running, the Casa del Carnaval covers regional, local, national and international levels, aimed at four groups of target audience: The tourist community carnival (groups and fans), specialists and researchers, and public (visitors and families).

It comes with a welcome tunnel that serves as an introduction to the exhibition, a sensory space with colored lights and sounds of the carnival.

The colorful streamers invade the central space of the room, resulting in eight independent modules. Each contain therein a screen with idiomatic multiple choice and use of audiovisual resources.

The changing projection posters Carnival tapizará one wall of the exhibition, creating a dynamic and easily updated mural, and follow a videowall projections about the carnival that confer great visual impact and exposure movement. seats of different colors and sizes: In this space confetis are located.

It will also continue an educational and interactive space, where visitors can sample and school costumes, masks and wigs, and play musical instruments and experiencing the carnival in person. Later it will showcase the costumes and objects most representative carnival, which may be updated frequently.

As a centerpiece, costume Carnival Queen, placed in the hall of the building, greet visitors and serve as a claim from the outside.

Also will house the long-awaited Center for Documentation and Conservation of Heritage Carnival of Santa Cruz de Tenerife, which will collect the historical, artistic and sentimental legacy of the party, and will allow the receipt, investigation and archiving of documentary and audiovisual material.

Conceived as a space for active learning, will boost educational activities and have a program dedicated to workshops and various activities area, aimed at both schoolchildren and adults, for training of arts and crafts Carnival. 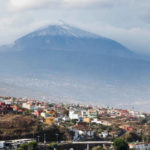 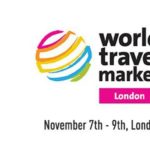