La Laguna hosts in November 2016 month Tacoronte-Acentejo wine with tastings, concerts and, new, holding the first edition of the black pig, cheeses and wines of Tenerife on Friday 4 November 2016.

The program of events contains different proposals for different audiences at varying times throughout the month of November with the “good taste” of the Tacoronte-Acentejo wines, reported by the City Council.


Among the cultural events is the “Ernani” by Giuseppe Verdi, signing books cartoonist Miguelanxo Prado-Prize National Comic 2013 by the graphic novel “Ardalén” function and the sixth edition of “LA VINAL” art biennial and Tacoronte-Acentejo wine dedicated to Collage will be exhibited at the headquarters of the Royal Economic Society of Friends of Tenerife.

The VI Chess Tournament Tacoronte-Acentejo, the festival of black pig, cheeses and wines of Tenerife in the Plaza del Cristo on November 4 and the traditional “Noche en Tintos” will also be held prior to the “Noche en Blanco” Saturday 26 November 2016.

In this edition of La Laguna 45 shops that adorn their windows with wine motives involved.

Also twenty other commercial premises of the municipality organize events with wine Tacoronte-Acentejo and various cultural and gastronomic proposals.

Tacoronte-Acentejo is a traditional, long-established wine region in the Spanish Canary Islands. It is currently enjoying high levels of attention, due to the “wine & sex” parties organized by local wine star Felipe Monje of Bodegas Monje.

Tacoronte-Acentejo is the Canary Islands’ oldest DO – a status it received in 1992. It derives its name from two towns in the north-east of Tenerife, where the designation lies. It is considered to be the Canary Islands’ unofficial trendsetter, owing to its modern approach to quality winemaking and focus on exports. The designation houses the island’s capital, Santa Cruz de Tenerife, where the archipelago’s most important port is situated – a strategic facility for shipping wine overseas.

The landscape in Tacoronte-Acentejo is defined by Tenerife’s volcanic backbone, which runs through the center of the area. The terrain is distinctly rippled, creating steep slopes and deep, narrow valleys. The altitudes rise steeply from the coast to more than 5250ft (1600m) at the center of the strip. This corner of the island is mostly green, lush and fertile.

The vineyards here are located on steep, north-facing terraces at altitudes of 330ft to 3280ft (100m–1000m). The climatic conditions are mostly mild Mediterranean-style due to the frequent mists originating from the Atlantic Ocean, and the soils are volcanic in nature, with a distinct reddish color. That said, site-specific conditions help in the production of Tacoronte-Acentejo’s high-quality wines.

As in the rest of the Canary Islands, the region was fortunate to escape the phylloxera outbreak that devastated European vineyards. However, while the sap-sucking louse hasn’t been an issue, strong winds, hail and high temperatures in summer can pose a threat to vines.

Tacoronte-Acentejo wines are predominantly red, and produced mostly from Listan Negro and Tinta Negra Mole grapes. However, what separates the DO from other designations in the islands is its strong focus on exports, which has motivated many producers to experiment successfully with international varieties such as Cabernet Sauvignon, Merlot, Pinot Noir, Syrah and Tempranillo.

Tacoronte-Acentejo’s wines come in styles ranging from young and easy-drinking to barrel-matured versions in line with many quality tintos (red wines) from mainland Spain. Some rosado (rosé) wines are also appearing, authorized by the local Consejo Regulador wine authority. 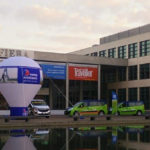 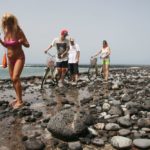 El Beril will be a suitable beach in Costa Adeje, Tenerife with an investment of two million
Advartis Tenerife Property