Bunyadi Tenerife – Spain is opening a nudist restaurant in January 2017, the first of its kind in the country.

Tenerife will host from January 20, 2017 the first all-nude of Spain restaurant Bunyadi Tenerife in Granadilla de Abona. Bunyadi Tenerife will be located in San Isidro, according to published property owners on their website and social networks, which are still updating the final name of the establishment. The project, launched by the Italian hotelier Tony de Leonardis, which has its origin in the pop up Bunyadi London, aims to enable an environment where diners should leave their clothes and related technology in the dressing input elements local.


The Bunyadi London, is the first restaurant in London offering an entirely natural dining experience, operating without electricity and gas, serving food on handmade clay plates with edible cutlery and asking diners to cast off their mobile phones and even their clothes, if they want to.

Bunyadi Tenerife, which already offers the possibility of making reservations through their website invites prospective customers to break with modern technology and undressing surrounded by bamboo to the candlelight. Also invited to enjoy the buffet with a glass of sangria organic host before the night takes them to his private table.

Tenerife’s venture will house enough space for 44 diners, in a private garden setting. Fruit trees will feature throughout and the entire area will be illuminated in candlelight. The concept is not about the nudism, but rather looking beyond this aspect.

Only open in the evenings, the restaurant offers three menu options including vegan, meat and fish, with all produce deemed environmentally friendly.

The San Isidro restaurant is due to open on January 20 2017.  Reservations have already started flooding in.

On the other hand, the nudist establishment will offer in his letter organic food, vegetarian, meat and fish accompanied by the finest wines of the island of Tenerife. Most dishes will be made in the wood oven, although there will be an offer raw food. As detailed in his web, it is an aphrodisiac firm that will be presented on “spectacular human tables”.

The Bunyadi London version opened last June 2016 and a few weeks of being opened, the waiting list to acquire an entry had more than 37,000 people.

In Spain, as indicated by the Spanish Federation of Naturism, there are several specialized in this type of public, but neither is a proper restaurant. 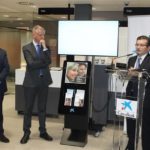 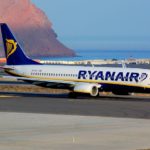 The ‘low cost’ transported 3.7 million passengers in the Canaries, up 11.9% in 2016
Advartis Tenerife Property