Tenerife’s latest ultra-modern shopping mall is to open on July 16th, 2016, it has been confirmed. The new centre, to be known as the Centro Commercial Galeon Outlet, will feature 40 stores, 500 free parking spaces and a Hiperdino supermarket.


It is situated in the Galeón district of Adeje town which is accessed off the TF-1 motorway.

The new mall is aimed at the five million tourists who come to Tenerife every year, as well as Canary residents.

The company behind the multi-million euro project believes it will become the “must” place to visit and will feature the leading names and brands of today’s retail market. These will include the fashion stores of Guess, Punto Roma, Encuentro, Forecast, Shana, Q-Queens, Yeyo Boutique and Geo/Desigual.

There will also be the shoe shops of Via Franca and Walk It, a Sport Zone, home furnishers, hair salon, opticians, Party Fiesta and a Koala pet store.

The outlet is generating more than 300 direct jobs in Tenerife in a climate where commercial studies show shopping malls are increasing in popularity because of the appeal of having everything under one roof. 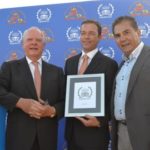 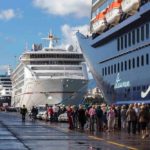