Holidaymakers “seeking a day’s sunshine by the sea and those who enjoy poking around another town” are drawn to British resorts every year, according to Looking at Great Britain, a study of “British people and customs”, published in 1973.

That was the year Britain joined the European Union.

Since then the number of trips we make to European destinations has grown fourfold. Hundreds of thousands of us have chosen not merely to holiday in Europe but to buy second homes there.


Higher incomes and cheaper travel have helped the trend – but so have successive agreements made at a European level covering banking, tax, insurance, health care, travel and other issues crucial to our easy enjoyment of our overseas properties.

Could all this change if Britain, following this week’s referendum, were to leave the EU?

We don’t yet know the terms of any “Brexit”. Nor is it clear that any arrangements currently enjoyed through EU membership could not be maintained by agreements made if Britain were to withdraw. In fact, there are many precedents for such agreements existing between EU and non-EU nations.

Whatever their opinions on Britain’s membership of the EU – and the latest polls show the public is closely divided – more and more readers are asking: “What could it mean for my home overseas?”

Here, as far as possible, are some of the answers.

Getting to your holiday home

A requirement for visas to visit France and other EU nations would be a “highly unlikely” outcome of a Brexit, according to a number of property and travel experts.

British nationals do, however, need a visa to enter popular destinations that are not members of the EU, including Turkey and the United States – where many thousands of us also own property, apparently undeterred.

“There is a theoretical possibility that anyone with a second home in France could suddenly find themselves also needing a visa to use their property,” said Miranda John of mortgage brokers SPF Private Clients, which specialises in helping Britons fund property purchases abroad.

“But uncertainty over travel and other agreements would be resolved after an exit, if it happened – even if such agreements took time,” she said.

While overseas property forums are abuzz with what a Brexit could mean, many holiday home owners are unfazed.

“People here are used to foreign buyers from all over the world. You hear many different languages in Cannes,” he said.

The language barrier, not a potential political one, was the biggest challenge to buying and maintaining a property in France, he said.

British borrowers may find it harder to get a mortgage abroad in the event of a political disunion – or they could be required to pay higher rates.

Americans are typically unable to borrow as much as Europeans, while anyone from a “riskier” country – such as Pakistan or Syria – may not get finance at all.

The minimum deposit to get a mortgage in France rockets from 20pc for EU citizens to as much as 50pc for non-EU citizens.

France is the most popular destination for buying property, where some 200,000 British holidaymakers own a second home and mortgage rates are below 3pc for a 20-year fixed period. In Spain rates are in the 3pc to 4pc range.

“Riskier borrowers will inevitably be charged higher interest rates,” said Ms John. “But it remains to be seen whether our already close connection with holiday resorts in Europe will override any exit fears.”

Because many banks lend across borders, a Brexit may not ultimately cause lenders to regard Britons as posing higher risks.

EU citizenship comes with tax perks attached to the ownership of properties in other EU nations.

“Being an EU national brings with it a certain level of protection when owning a property in any EU country, in particular with taxation,” said Richard Way, the editor of Overseasguidescompany.

France is notoriously tough on non-EU citizens, imposing a capital-gains tax of 49pc, made up of its “impôt sur les plus values” and an added social charge.

Residents of any EU or European Economic Area country (including Britain), by comparison, pay 19pc on gains from renting or selling properties.

Currently the same tax treatment applies to residents of EU and EEA countries, including non-EU members, because having equal tax rules for locals and other Europeans is thought to fall under the principle of the free flow of capital within the single market.

Britons therefore escape the punitive French “social charge” that adds 15.5pc to a capital gains bill, a get-out that was confirmed in a recent court victory.

If Britain withdrew from the EU but remained in the single market, tax treatment should remain as now.

EEA residents also get favourable tax treatment in Spain, where they pay the same rates of inheritance tax as locals.

“We do not yet know if similar levels of protection would be put in place if we were to leave the EU, but they are unlikely to be as comprehensive,” said Mr Way.

But, crucially, the double tax treaties that Britain has agreed with EU countries will remain unaffected. This is because the agreements to ensure people aren’t taxed twice on the same money are made individually with each country.

British buyers have benefited hugely at times when a stronger pound has enabled them to buy eurozone property at bargain prices. 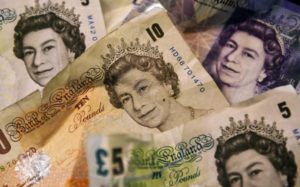 A Brexit could spark currency volatility but, as Mr Way explained, buyers of property in other currencies always have to bear that risk. “In the case of an EU exit the pound could initially weaken,” Ms John speculated.

But Charles Purdy, from Smartcurrencyexchange, said global economic swings and political upsets could reverse the pound’s strength – well before any “Brexit”. “Sterling’s fortunes could change long before any decisions have been made about the EU,” he said.

Under current rules, Britons can visit any EU country and expect to receive the same health services at the same cost to a local. But the future of this service depends on whether an exit agreement will include “reciprocal health care”.

There is a precedent for such an agreement. Non-EU countries Iceland, Liechtenstein and Norway can belong to the European Health Insurance Card (Ehic) scheme even though they are not members, because they are part of the single market of the EEA.

Bob Atkinson of comparison website travelsupermarket said: “Reciprocal health agreements form an important part of premiums, although other things like the cost of repatriation are also factored in.”

A healthy couple travelling to Australia, for example, where Britain has a health agreement, will pay £21 for cover on a two-week trip but £38 in the United States, where there is no agreement.

What will Brexit mean for British tourists booking holidays in the EU? 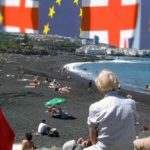 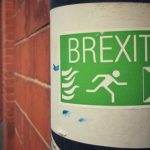