The insular Minister of Tourism reports that about 12,000 cubic meters are imported to mix with the material that is already in that area aronera bathroom

The Department of Sustainability of the Coast and Sea has authorized bring Sahara sand to regenerate the beach of El Camisón, located in Arona, with a length of about 350 meters. The insular Minister of Tourism, Alberto Bernabe, specifies that the assignee of this bathing area, Santiago Puig, already has the approval of the body within the State to carry around 12,000 cubic meters of material from the neighboring continent, while the responsible for the operator of Fanabe, Roberto Ucelay, you are also looking for ways to replenish that point of the coast situated in Adeje.


Responsible for the area in the Corporation indicates that in the first case, the idea is not to convert the space into a yellow sand beach, but be mixed with the current and, being a “relatively small” percentage, “enough to make it right” but with somewhat grayish color will be.

The other core “Costas is to regenerate” is the Fañabe. As pointed out, Roberto Ucelay wants to “renew” and seeks alternatives to do so, but the insular counselor warns of the limitations that exist today to carry it out.

Sand to bring a bathing area “we find three different options, with prices and complexities” different. On the one hand, speaks of a first possibility, import, as has been done for the nightie, which means that yellow sand is “more expensive” than the crushing, the second option. In this, however, “the technology does not get high quality material for touch and the visitors themselves” as is “granulated” so “is not sand itself”. The third and final alternative is “removing it from somewhere in Tenerife” but the reality is that today can not.

Explains the insular counselor, the state body detected a few years five possible funds or shoals on the island ago and found that two of them are the most interesting, one off the coast of El Sauzal and forth in front of Santiago del Teide, but not overlooked which is located in Antequera (Santa Cruz).

The problem, he continues, is that in order to obtain any materials authorization Costas and the Canary Islands Government is needed and right now there is no permission for any of those points. Although remember that the tinerfeña institution is “less pint competencialmente” wants to have at least two approved marine pantries with which they can work. “Today no bank is allowed because have not passed the environmental procedure” and the regional government “he tells us that our priorities”. To get out of one of those sand seabed, now “we are in talks with Costas to even start projects from the Cabildo itself,” says Alberto Bernabe.

Explains that the insular Corporation has had a meeting with the Deputy Minister of Environment of the Autonomous Community, Blanca Perez, “to unlock what can be locked” and the idea is to “propel” from the state body and tinerfeña Administration “because, today, Fanabe replenish sand of one of the banks “it is not feasible because there are none authorized” he insists.

He notes that although this action is the competent dealer, “we want to facilitate that exist for any vicissitude and pantries that can be pulled from a local option”. In fact, “as personal opinion,” he adds that he likes the black sand, believing that gives a touch of “authenticity”, but in turn recognizes that the tourists visiting the island seems more attractive and paradisiacal yellow. 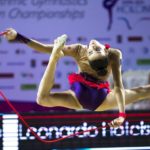