The plane made the Madrid-Tenerife Los Rodeos route, landing about 08:55 hours, and returned to the capital of Spain around 10:00 hours.


The aircraft joined the fleet of Air Europa on 15 March. It is the first of 22 that, gradually, will be added to the fleet of the airline division of Globalia until the year 2022.

During this year, Air Europa Boeing 787-8 receive four covering some of the routes to the Americas, including Miami, Bogota and New York, and will help to strengthen the airline as a reference airline between the two continents.

This is the first commercial aircraft manufactured by 50% with compounds, stronger and lighter than aluminum materials and to ensure, with their advanced systems, new engines and modern aerodynamics, unmatched performance in terms of consumption fuel is concerned, as well as outstanding environmental performance while generating fewer emissions than other aircraft of similar size.

With a capacity for 296 passengers, of which 22 can travel in business class, it offers great comfort on board and guarantees a unique flying experience.

According to company sources, the new Boeing will operate Tenerife on June 8, 2016.

The price of used housing in Spain fell by 3.4% 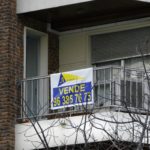 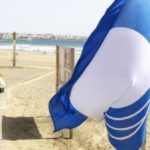